« Nine-year schooling » These 3 words have given birth to a number of debates among parliamentarians, secondary educators and parents for more than 2 years since now.

However, in November 2015, the minister announced in parliament that co-education in academies will be implemented in 2021. She further stated that without any imposition, other secondary schools can continue as single sex schools.

About nine months later, in July 2016, the Minister shed further light on the introduction of co-education in 2021. She also confirmed that 12 national colleges would be converted into academies. These academies would only have classes from Grade 10 to 13.

Hiranand Boolchand Dansinghani, senior adviser at the Ministry of Education provides the rationale for co-education: “We want to change people’s mind-sets to accept co-education. As we all know since primary school, kids are already being taught in mixed environment and private tuitions happen in a mixed environment too. People are growing up in a collaborative manner, to live together. Even societies operate on the basis that people should work together.”

He states that “It is obvious that co-education will bring infrastructural changes, and the government is taking care of that. By starting with the basics such as the toilet, home economics labs in boys’ schools and technical departments in girls’ schools. Adjustments will be made in academies to welcome both genders. If a private college wants to become an academy, the grant from PSEA (Ex-PSSA) will provide support to overcome this infrastructural issue.”

The adviser explains the reason behind academies with 2 or 3 areas of expertise: “With time, institutions have carved a reputation in a particular field such as the Royal College of Curepipe is more bent towards economics & accounts and the Royal College of Port-Louis towards science. That’s why we are saying that they are going into a specialization in 2 or 3 domains. But academies will have to give options otherwise it will be an institution devoted to one domain, which is not our intention at all.” Dansinghani claims that “the criterion to enter the academies will be based on the performance where pupils must show competency in non-core subjects also.”

Along with the nine-year schooling, a new management model will be introduced not only in the academies but in other secondary schools “The management model that we want to adopt in academies, is based on the common decision of each stakeholders. The idea is to allow both school staffs and the community to participate in the empowerment of the pupils by increasing the contribution of each stakeholder. Parents who are professional people and intellectuals can contribute by sharing their expertise with the school.”

He believes that the nine-year schooling will bring positive changes in the attitude and performance of boys. “Statistics shows that each year, boys are under-performing. So, co-education is the solution. Co-education will bring healthy competition between boys and girls. Boys will become more cautious about their self image. Consequently, there will be less failure among boys”

Moher Dharamdeo, the rector of D.A.V. College, Port Louis explains how he manages an institution which has always offered co-education throughout its 25 years of existence.

Arvind Bhojun, teacher in a private mixed secondary school is a big supporter of co-education.

Another teacher who preferred to keep anonymous brings to light a number of problems that the Ministry of Education must take into consideration before implementing co-education.

The sociologist Jay Ramsaha from MIE believes that co-education has both positive and negative impacts.

Selvina B. Rajodu, a student from a mixed secondary institution concedes that co-education brings healthy debates and broader perceptions among boys and girls. 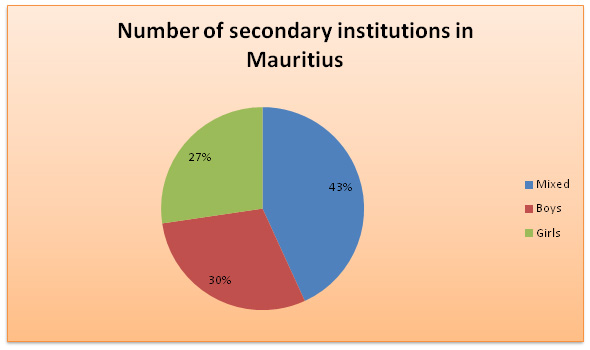 2 thoughts on “2021: The Ministry of Education will implement co-education in 12 academies.”