Find hereunder links to three fact-checking pieces published by Journalism students of the University of Mauritius for my Investigative and Data-Driven Journalism module this semester:

Find hereunder links to five fact-checking pieces published by Journalism students of the University of Mauritius for my Digital Journalism module this semester:

Here’s the full version of the short documentary about migrant students and workers in Mauritius which was shown at the local edition of the Global Migration Film Festival 2020. The event was organised by the International Organisation for Migration in Mauritius (IOM Madagascar, Mauritius, Comoros & Seychelles) on 17 December 2020 at the University of Mauritius.

The documentary involved the participation of my Journalism students as part of a broadcast and digital journalism module which I teach in Year 2 of the BSc Journalism and BSc Communication Studies programmes. I produced the final cut with the assistance of my lab officer Manav Ramsokul.

Many thanks to IOM for this interesting opportunity, to all the persons who agreeed to speak on camera and to the Journalism students for their participation!

Here are four short films made by my students for the module Aspects of Film Studies. These are the very first films that they have ever made so despite the inevitable flaws, I am quite happy with the outcome as they were done with zero budget, during term time and after only one module. Some of them have been quite creative and very motivated so I hope it was fun and a good learning experience for them.

During the semester, they also each had to edit a trailer for a movie of their choice which you cna discover in the playlist below.

I recently published the post entitled “Portraits de Mauriciens par les étudiants” showcasing my students’ assignments in Broadcast and Digital Journalism/Reporting. The idea to do this assignment came to me when I was seeing our local media houses preparing to publish a lot about the 50th anniversary of our country’s independence about a month before the anniversary date of the 12 March 2018. Most of them were celebrating well-known people, in particular people who have been and are still in the limelight within the short history of our nation.

So, I wanted to do something different that would be complementary: portraits of at least 50 ‘ordinary’ Mauritian citizens, with a special focus on what I call the ‘non-elites’, that is, people who have never been in the limelight or barely. People who have contributed something to our society in their ‘modest’ capacity. The idea was to show that a nation is not just made up of elites, it’s also about the silent masses. I thus asked the students to find people who, despite their ‘unfavourable’ origins or life difficulties, have done or are doing their part. The objective was to try and give a little more voice to the voiceless.

Students were free to make proposals provided they followed the philosophy outlined above. There were no other content restrictions. In fact, I was experimenting to see if they could naturally come up with enough diversity in terms of gender representation and geographical location. More importantly, I was expecting students to stay away from the complacency of rehashing stuff already churned out by mainstream media.

I have to say that in this module, I usually ask students to produce radio news bulletins in the first semester and video news bulletins in the second semester. Somehow, I had been battling with getting them to do the usual reporting stuff by the beginning of the second semester. So, what could I do to raise their enthusiasm? I exposed the idea of the 50 portraits and they all seemed keen to do the assignment.

How did it go?

The bad: In some ways, it did not go as well as I would have liked.

Deadlines: The objective was to get the videos online by mid-March. Each student had to propose and produce 2 mini-portraits (1 per fortnight). Needless to say that the deadlines were never met fully. Some made a special effort but would be constrained by either mundane or technical difficulties such as securing appointments, persuading people to let them in, difficult shooting location conditions, lack of technical capabilities…

The talking heads: I especially did not want the ‘talking heads interview’ style. Students were supposed to bring in enough visual material to intercut with the interviewees so as illustrate their statements and to avoid monotony. Some students failed to do so.

Complacency: Like many journalists, some students were complacent and chose members of their own family or friends as subjects, although, one could argue, why not if they are interesting enough, which some of them were. With two student cohorts making up a total of 28, this was kind of inevitable.

I listened to myself often reprimanding students and felt sometimes depressed about the whole project which was supposed to raise everybody’s enthusiasm. I was especially annoyed when they came back with gaps in their interviews such as not getting basic information or not asking obvious follow-up questions. I guess that’s also because too many of our mainstream media people just don’t ask follow-up questions. I am particularly annoyed that many interviews start with “Tell me about you” and end with “What’s your message?” with nothing much in between.

The good: In many other ways, I was in for pleasant surprises.

Gender balance and age groups: There was some balance in gender distribution. In terms of age groups, there was a majority of middle-age people, a fair share of young ones, and a few retired persons. One would have imagined that being given that it was the 50th anniversary of our country, there would be a tendency to look for people aged 70+ as witnesses of that time. I was glad this was not the case.

White vs. blue collars: In terms of professional categories, most of the interviewees can be classified as blue-collars, with a few straddling both white and blue-collar categories like the student farmer and the well-known shopkeeper politician.

Despite this being about Mauritians, one student chose to interview an Indian tailor. His account in Creole of how migrant workers are treated in textile factories was quite poignant despite being sometimes difficult to understand because of his accent.

We also had two Greek Erasmus students who joined in the class. They fully participated and were quick to identify potential interviewees. These were the only interviews conducted in English as the students did not understand Creole.

The good/bad
A company stole a student’s video about former professional footballer Eric Philogène who is now a skipper and posted it on Facebook as its own without given any credit to the student (they even added their logo and credits to the video). Luckily, when he complained, they removed it. The good in this? It means they liked the video and thought it was well done. Though I fail to see how come professional people could do such a thing, at least they reacted positively.

Caveats
For some of my students, this was their first attempt at video production and we had wasted a lot of weeks in the beginning of semester due to the Berguitta cyclone, torrential rains and public holidays. Together with my technician Ketan, we had to give a crash course on handling the camera and tripod and also on how to do the video editing because they had not yet completed a colleague’s module on audiovisual production.

We also have a lack of adequate audio recording equipment at the Mediacom Studio so we have to find tricks to compensate (backup recording with phone or audio recorder, raising audio levels in iMovie) and this obviously does not always turn out well.
[Side note: if there are any sponsors willing to donate for upgrading our material, please do get in touch on chanssc@uom.ac.mu]

End words
It was an exhausting project, both physically and mentally. But if this can get just a fraction of the students to get moving, try out some different stuff, I guess I have to be happy.

Also, I have to consider that most of our student cohorts come from lower and lower middle class families with limited means in terms of transport, personal equipment and cultural exposure. There were no sexily shot or edited videos for this reason. Had I been working at a private TEI with privileged students, the outputs would probably have been more glossy and glamorous. That would have been too easy maybe… 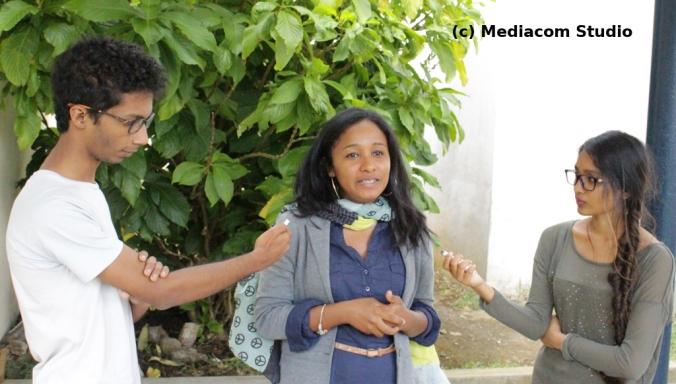 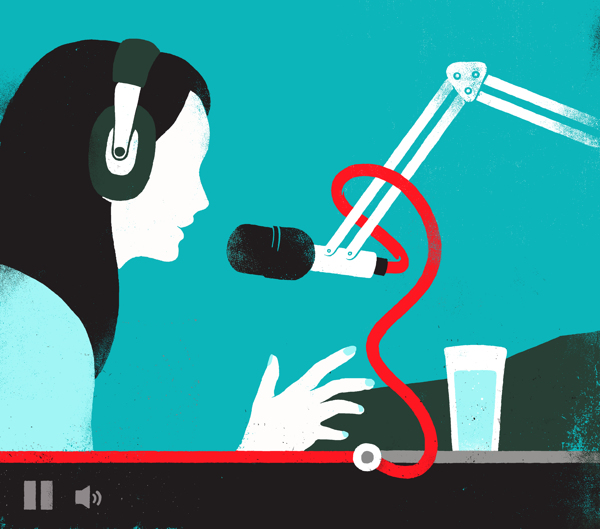